On the SANFL site we have 19 players on the Injury list, including some who are 'Tests'.

When Harts comes back in (hopefully this week?) I'd like to see Middleton have a run in the ressies and Hardy play forward . Mason has looked to be struggling with his marking positioning and the defensive side of his game .

Yes the 1st qtr against Norwood was woeful but the last 3 qtrs were much better . Optimistically if the team can play 4 qtrs like that we can win .... Hoping and praying anyway

The premiership defenders have been listed on the extended interchange bench after overcoming hamstring strains.

Whether they retain their place in the Bloods’ final 21-man list remains to be seen with two players to be trimmed from the five-man bench before the start of play.

Possible debutant Jack Evans – originally from Flagstaff Hill – faces a nervous wait after also being listed on the pine.

Former Richmond defender Brad Helbig has been sent back to the Reserves.

Wingman Nick Homburg, who has been battling a nagging ankle ailment, will play his first match of the season in the Reserves.

Well, what are the excuses this week?

that's as bad as it comes, especially that 3rd qtr. One word = pathetic.

Anyone looking at the statistics for this game in isolation could easily think this was a pretty close contest. Westies held possession of the ball for around half the time, we had roughly the same number of marks, we went inside 50 as many times as Centrals and we had 23 scoring shots to their 25.

Better football brains than mine will maybe try and work this out and the coaching staff will be working long and hard on this over the next 2 weeks.

Our 3rdQ, when Centals booted 9 goals to our zero was as bad a Q of footy ever played by the club in the 60 years I’ve been watching. We were embarrassing. Last week Norwood kicked 5 to zero in a Q but this was twice as bad.

Our skills are dreadful. Our decision making poor. The game plan was to play on at every opportunity and this is high risk but Centrals played us close, tight and tough and we fell into their trap, constantly getting caught with the ball or fumbling under pressure. This would release the Dogs and they would stream down the ground into an open forward line for a run-in goal. We spent most of the time going around in circles, being tackled, diving on the ball, giving away frees, fumbling, going backwards, making errors, etc.

We lost Agostino to a knock to the head in the opening minute. He ran off but sat out the game. Wasley-Black looked to do his left hammie.

Stevens continues to play good consistent footy, Schmidt racked up heaps of possessions, Zac O’Brien is in everything without being overly effective and Hartlett was terrific down back. Willets was good in his fieldwork.

Fielke seemed to be our main forward but let the side down through poor kicking, ending with 1.4.

As has happened all year there is a core group of players still badly out of form. Middleton, Webb, Silverlock, Schiller, Caire, Tuck, Haysman, Green,etc. Premiership players all, they are all trying but it’s just not happening. Stubbs had a shocker. Favretto is still to prove he can play at this level.

The Ressies had a good win, 19.12 to CD 12.11. Homburg ran out the game OK, young Izak Rankine continues to impress. Helbig, Turner and Slattery were’nt exactly demanding to be elevated.

So we have now played everyone else, 9 games in all and are yet to record a win. Our fitness, can now be said to be the worst in the league. Our average score per game is 58 points.

I don't like reading any of it either, but it's a fair summary.

Another woeful performance.
Stevens was best by the length of the Flemington straight.
O'Brien got plenty of the ball,however his decision making
needs to improve.
Hartlett and Schmidt also played ok.

In the third qrt we were beaten around the contest and I thought we were out coached.
Habel went forward and kicked 3 goals he also spent time as an extra midfielder at stoppages.
We moved Schmidt into to defence as the 7th defender however I really thought we needed more players around the contest and therefore we  should have moved a couple of forwards into this area.

To think 8 months ago we were Premiers and now we are 3 games plus percentage from the ninth placed side Norwood.


I really wish we would try and play two key forwards for the next match against North.

There are NO EXCUSES IN MY BOOK. The players want for the contest
Is simply not up to SANFL Standard.

I would think a number of players won't  be with us next year.

Level at half time.
Then we gave up.
It is clear that some players are not committed.
The third qtr was insipid.
The game plan is a joke and the coach has a lot to answer for.
I lost count how many times Central had players on their own inside 50.
Stubbs had 1 kick.....
O'Brien had the worst 30 possession game I have seen and gave away 5 free kicks. That is not acceptable.
I have followed this club for over 30 years and this is the worst team I have seen. Worse than when we won four wooden spoons in 05-08.
Losing players, injuries, poor form. No excuse for being this bloody Pathetic!!!!

Our third quarter performance was hurtful to watch - so hurtful to me that I had to leave early in the fourth as we didn't seem to show desire for improvement - well not that I could see from outside the fence.  In almost fifty five years of watching Westies this is the first year I have not stayed to support the team whatever the score deficit was - and I have done it twice!  I am extremely ashamed to admit this.   I struggle to accept that the loss of Keough and Beech (and the other less played lads) as being the key issue. Fitness?  Late start because we won a premiership? - unacceptable in a senior football environment.  Lack of hunger for the ball - all in the mind and motivation - a coaching challenge (nowadays we have plenty of coaches!)   No easy answers I understand.  I keep waiting for someone/some incident to flick a switch and suddenly see the team rise to last year's effort that showed in working hard and running to support each other.  I hope all is not lost even though its difficult for this supporter not to think that.  I am trying to "lift the head"   but it is very hard to do so in the current environment - maybe the players/coaches feel that too.  So I guess I (and all of our club/supporter group?) need to shelve the deep seated disappointment about the season to date results and work together to reclaim 2016.  It can be done!   I will try harder to do my small part as supporter - maybe if we all find that extra yard........!!!!!

redstripe, that says what so many of us feel. Well said.

Everyone is agonising over our current situation. It's just so difficult to explain how we can play such a committed and competitive first half and then dish up such an insipid third quarter. How does that happen?

With a young family these days, I don't get to many games. Yesterday was my first for the year.
First observations were that we were outnumbered by Centrals supporters at home and the atmosphere from a West perspective was quite "reserved".
Second, we set up near the blow up activity for the kids set up in what we assumed was the family friendly area. Kids were in the area and the centrals bloke started swearing aggressively repeatedly from the 1stqtr. He then had a go at me and abused me using foul language in front of my kids. When Weslo were told, we get told that wasnt the family friendly area and the activity was set up there because it was easy for the truck and he couldnt do anything about this idiot..... Pathetic and amatuer in regards to the location of this kids activity.... so that about sums up the game.
Team left at 1/2 time, before me and my family left at 3/4.

We won't win a game this season based on the first 10/11 rounds, 5-6 goals worse than the 2nd worst teams. Clearly the issues are appalling skills, work rate and fitness because the personnel are better than that on paper. Internal issue as well? Coz thats how it looks from the outside.

Perhaps if you accept that you play the way you train, it's no surprise that some of our players go missing for parts of the game.

This will go down as Westies gap year! The year our players took a year off football because they felt like it. Just like year 12 schoolies that decide to do bugga all for a year because last year was hard, our players have too. I dont blame the coaches,after all what can you do when all of them including most of the reserves feel that way? They say footy is 90% between the ears. Our players are not listening or trying.
The club should now make entry to all our remaining home games free to members as it sure isn't worth the $14.
At least that way we might holt the slide in numbers attending so we make some money from what is still the best BBQ in the league.

From the SANFL web site
West Adelaide forward Shannon Green has accepted a three-match ban with an early guilty plea for engaging in rough conduct with Central’s Caleb Edmead on Saturday.

The SANFL Incident Review Panel deemed Green’s conduct was intentional and that he made high contact which was of medium impact. 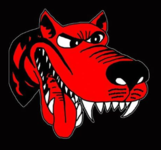 The SANFL Incident Review Panel deemed Green’s conduct was intentional and that he made high contact which was of medium impact.

So we have a player knocked out in the first minute with a reckless high tackle and are one short for the whole game. Plus that player has to miss a week due to concussion (luckily we have a bye). Result from tribunal of reported player = NOT GUILTY

We have a player reported who contacts a player perhaps too strongly, said player gets up and continues to play out game. Result of tribunal = 3 weeks!

Am I missing something here?